Lisa Lynne & Aryeh Frankfurter are a multi-instrumentalist duo with Celtic Harps, Swedish Nyckelharpa, Ukrainian Bandura, Bouzouki, Cittern and more. They hail from Oregon and tour extensively, both having successful recording and performing careers built from years of street performing and a background as rock musicians. They have performed with some of the biggest names in folk and acoustic music and have sold well over a million albums combined. Audiences are spellbound and enchanted with their unique show of breathtaking music both Traditional and original, with wondrous stories and humor entwined.

Lisa Lynne is a multi-instrumentalist and performer who has gained worldwide recognition for her original music featuring her Celtic Harp. She is widely acclaimed for composing memorable and heartwarming melodies on the Windham Hiill/Sony music labels that have repeatedly placed in the Top 10 & Top 20 on the Billboard New age music charts. Lisa tours year round performing at large US festivals and performing art centers. Her work in Therapeutic music has gained recognition from NBC, CNN, Fox News Atlanta and numerous newspaper and magazine articles including Wall Street Journal. Lisa’s music is heard throughout the award winning PBS special “Alone in the Wilderness,” amongst many other soundtracks for commercial television and independent films. She performs regularly as a solo artist, with Aryeh Frankfurter, Patrick Ball and the Windham Hill tours. She was recently named one of the 50 most inspiring women by Los Angeles Magazine. LisaLynne.com

Aryeh Frankfurter’s  musical endeavors began at the age of three when he undertook classical training on the violin. His progress enabled him to study under various master violinists, including concert master of the Chicago Symphony He participated both as a violinist and violist in a series of chamber music ensembles under the tutelage of internationally renown cellist, Bonnie Hampton, pianist Nathan Schwartz, teachers at the San Francisco Conservatory of Music, and the late violinist Ann Crowden of the Crowden School of music in Berkeley, CA. Aryeh’s musical development led him to explore various ethnic and international musical genres, particularly Celtic folk music. At the age of fifteen Aryeh was introduced to the Celtic harp, an instrument which has become the focal point of his musical inspiration and expression. Over the interceding years Aryeh taught himself to play a variety of instruments including electric violin, viola, cello, guitar, cittern, mandolin, lap dulcimer and hammered dulcimer, bowed and plucked psaltry, penny whistle, baroque flute, recorder, percussion and more recently the Swedish Nyckelharpa. He works full time as both a performer and audio engineer. He has 18 albums to his credit and two books. He tours full time as a solo artist, with Lisa Lynne, Patrick Ball and the Windham Hill Winter Solstice Tours. Lionharp.com 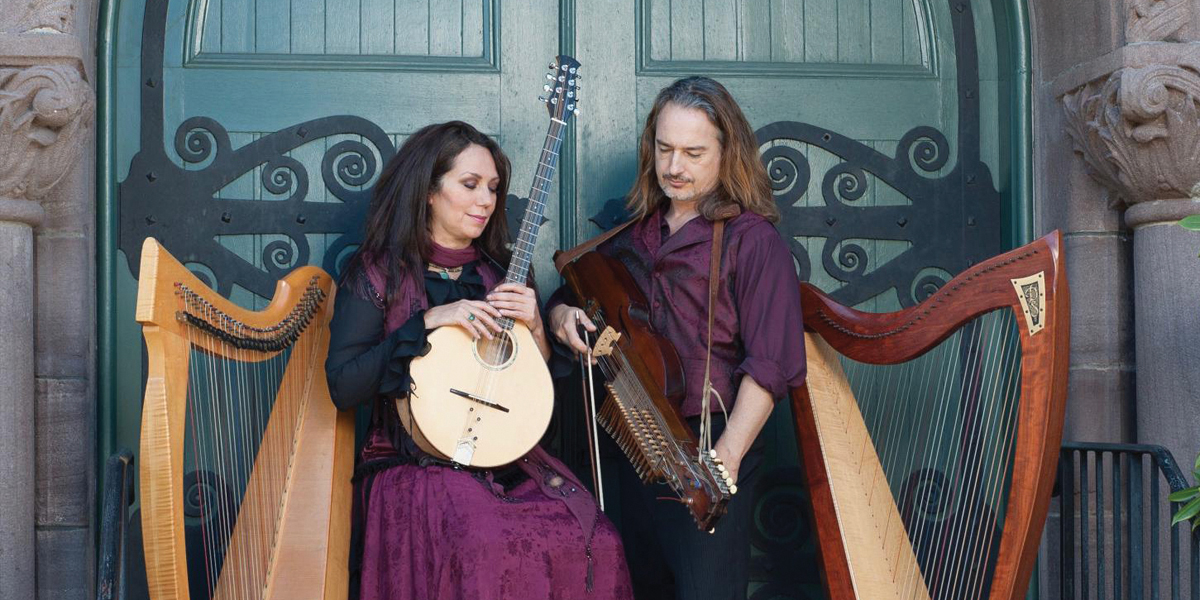