Balkan and international folk music played on traditional instruments.
Chubritza was founded in 1993 in Arcata, California. Chubritza is the name of a Bulgarian table spice which is usually served as sharena sol, a mixture of savory, salt and paprika. The name reflects the band's variety and mixture of international musical tastes and textures, while retaining a Balkan and Eastern European emphasis 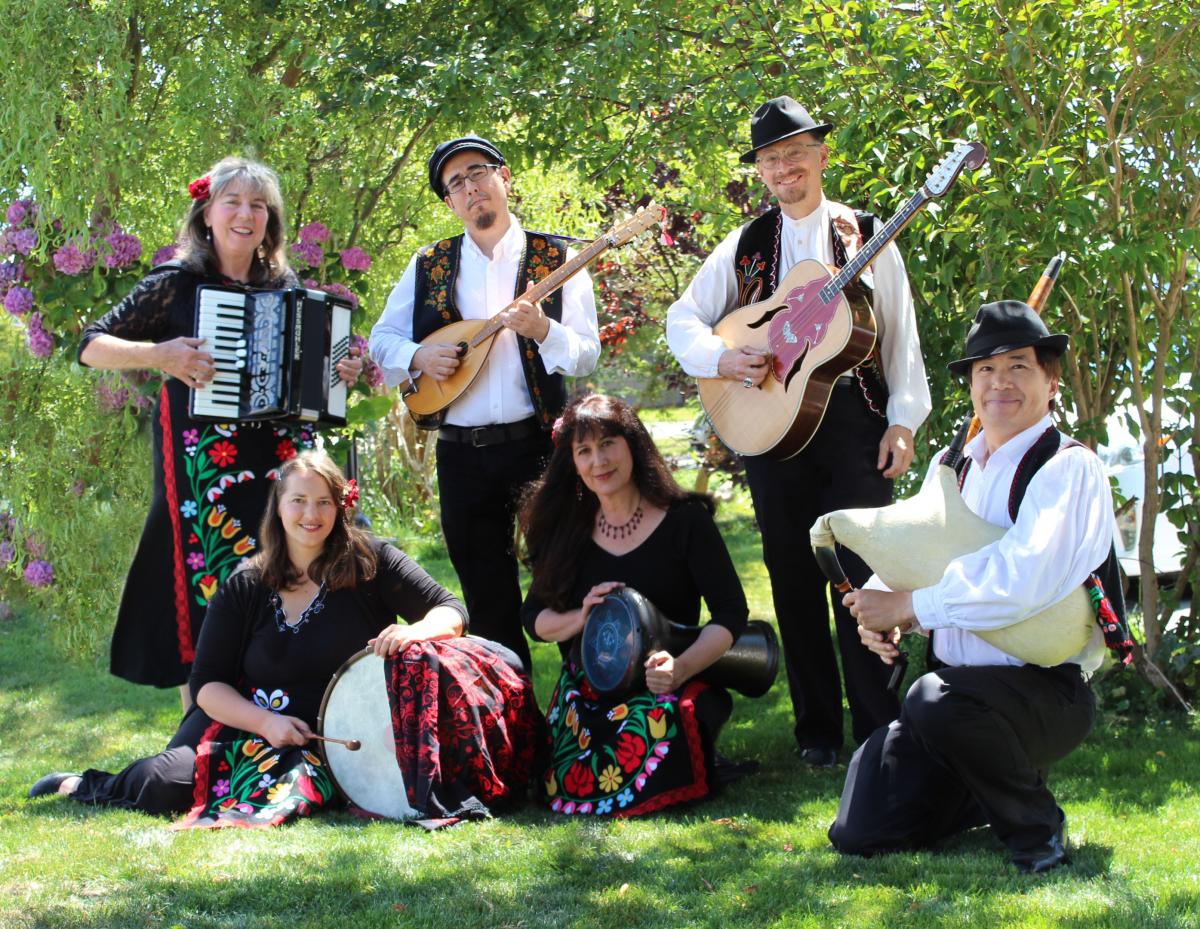 Chubritza had the honor and great pleasure playing a 10-day tour of folk dance events and concerts in Israel in June of 2010 sponsored by theBalkanitsa Haifa Balkan Dance Group on their 25th anniversary jubilee and supported also by the dance groups of Dunav and Nua-Am.
Meadow Lo - tambura, bass, brač, čelovič, trumpet, guitar, percussion, vocals

Chubritza performs traditional dance music and songs from both urban and village traditions from Albania, Bosnia, Bulgaria, Croatia, England, Greece, Hungary, Ireland, Israel, Japan, Macedonia, Mexico, Norway, Poland, Romania, Russia, Scotland, Serbia, Spain, Sweden, Turkey, Ukraine, U.S.A. and the Jewish/Klezmer and Romany peoples. These songs reflect many universal themes: the passion of being in love, the sorrow of lost love, and the happiness music and dance brings to the heart.
Chubritza plays a wide variety of traditional instruments used in folk music throughout Eastern Europe and other parts of the world. In addition to the accordion, clarinet, flute, trumpet, violin, bass and guitar, some of the instruments which may be less familiar to audiences include: