Chubritza was founded in 1993 in Arcata. Chubritza is the name of a Bulgarian table spice which is usually served as a mixture of savory, salt and paprika. The name reflects the band's variety and mixture of international musical tastes and textures, while retaining a Balkan and Eastern European emphasis. 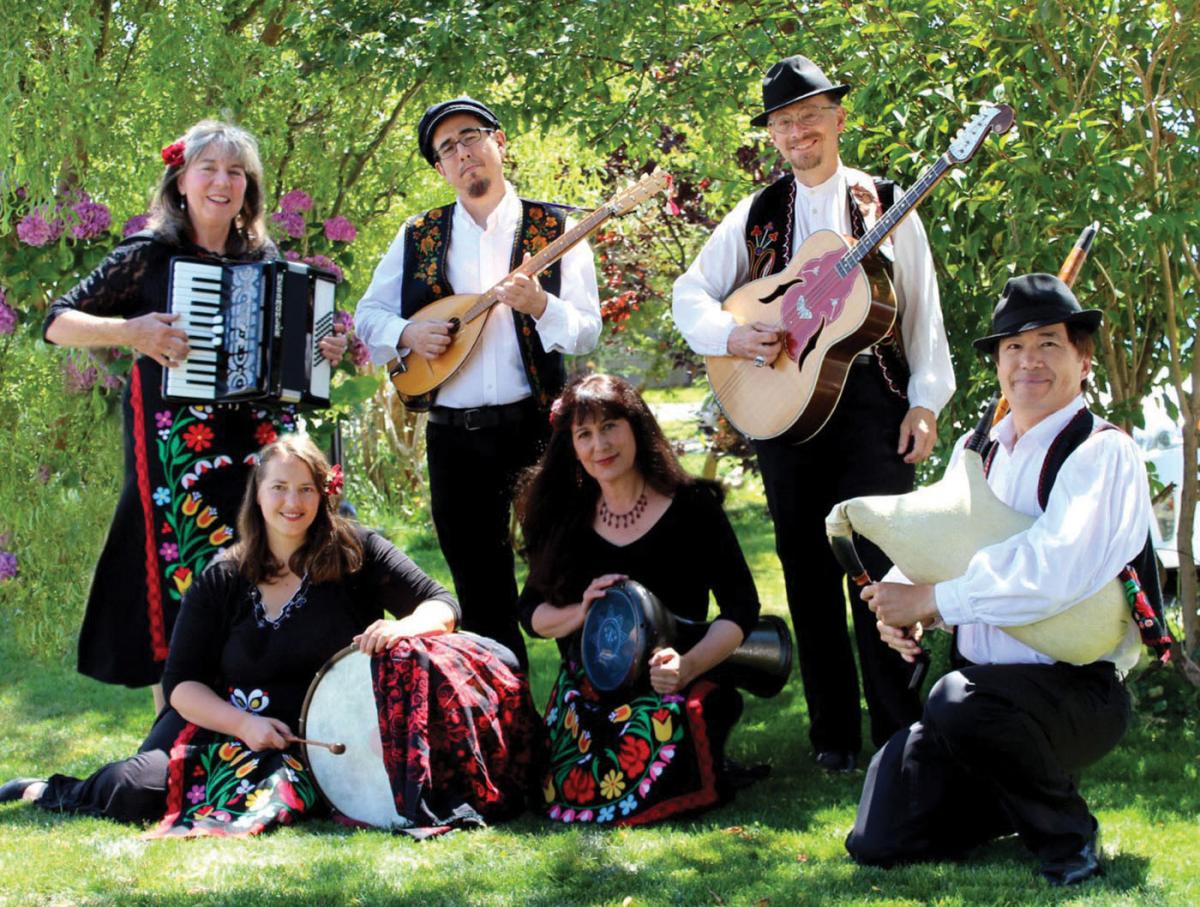 Chubritza plays international dance music for folk dance events, weddings, bar mitzvahs, cultural celebrations, parties, festivals and dance camps, and recently returned from a tour in Israel. The band can also be heard regularly at the Humboldt Folk Dancers on first Fridays, and at festivals, dance camps, and community events.

Description of the music:
Chubritza performs traditional dance music and songs from both urban and village traditions from Albania, Bosnia, Bulgaria, Croatia, Greece, Israel, Japan, Macedonia, Mexico, Romania, Russia, Serbia, Ukraine, U.S.A. and Jewish/Klezmer and Romani (Gypsy) peoples. These songs reflect many universal themes which all people share: the passion of being in love, the sorrow of lost love, and the happiness music and dance brings to the heart.

About the instruments:
Chubritza plays a wide variety of traditional instruments used in folk music throughout Eastern Europe and other parts of the world. In addition to the accordion, clarinet, saxophone, flute, cornet, violin, bass and guitar, some of the instruments which may be less familiar to local audiences include: