Let me tell you a little bit about how Eureka Brass came to be. Many years ago Fortuna had a student by the name of Woody Thompson. He was born in Metropolitan and went to Fortuna High School and played in the FUHS musical organizations under Dorothy Dale. Woody was attached to the U.S. Army Band in San Francisco during WWII. After the Army, he toured much of the US with the Ray Herbeck “Casanova” Orchestra and other big bands. After a few years of touring, Woody returned to Humboldt where he went back to school to finish his degree at Humboldt State College. He became a teacher and followed Walter Wood in directing the Arcata High School band until his retirement in 1974. After his retirement he was director of the Scotia band for a few years. 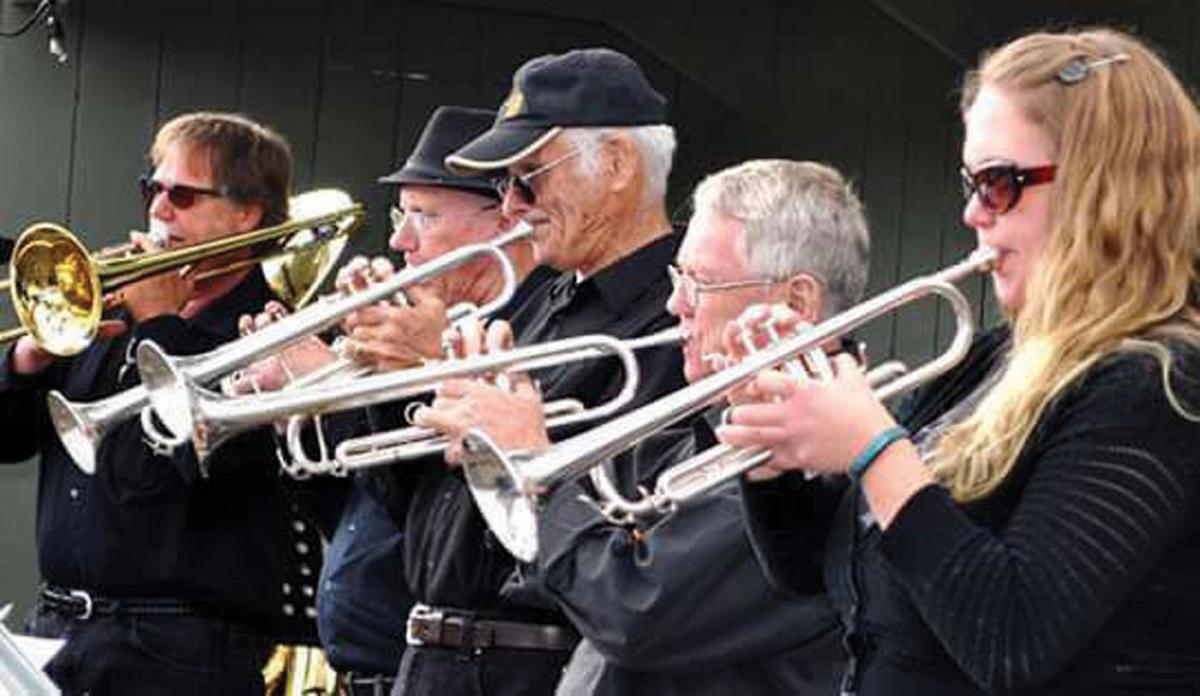 In his retirement, Mr. Thompson decided to rewrite many of the songs he had played over the years. For example, he made a compilation of “old” song like Turkey in the Straw and Golden Slippers, a merging of South of the Border with Little Spanish Town, and even Blue Skies. Just to name a few, it was a new take on old music. Rearranging even more music, Woody compiled a library of over 200 remastered songs. Woody and a group of his music friends started a small group and called it Eureka Brass. Today his music library is still in the care of Eureka Brass to be preserved and performed for the listening enjoyment of people in Humboldt County.

Now about the band: One of Woody’s students has carried on the music in the Woody Thompson library and continues the band Eureka Brass. This band has been performing for Humboldt listeners for over 30 years and has an average of 12-15 musicians. There are currently 12 musicians that play a variety of instruments. We encourage anyone who can play to come try us out. We have had members as old as 87 and as young as 13 with a current average age of 60. Our musicians reside from Trinidad to Garberville, and have performed from Del Norte County Fair to a Weott School benefit. Eureka Brass has played for Weddings, Funerals, Divorce parties, Charities, Birthdays, Anniversaries, Fairs, and Galas. To contact the group, just grab anyone of us and we can get the music playing.