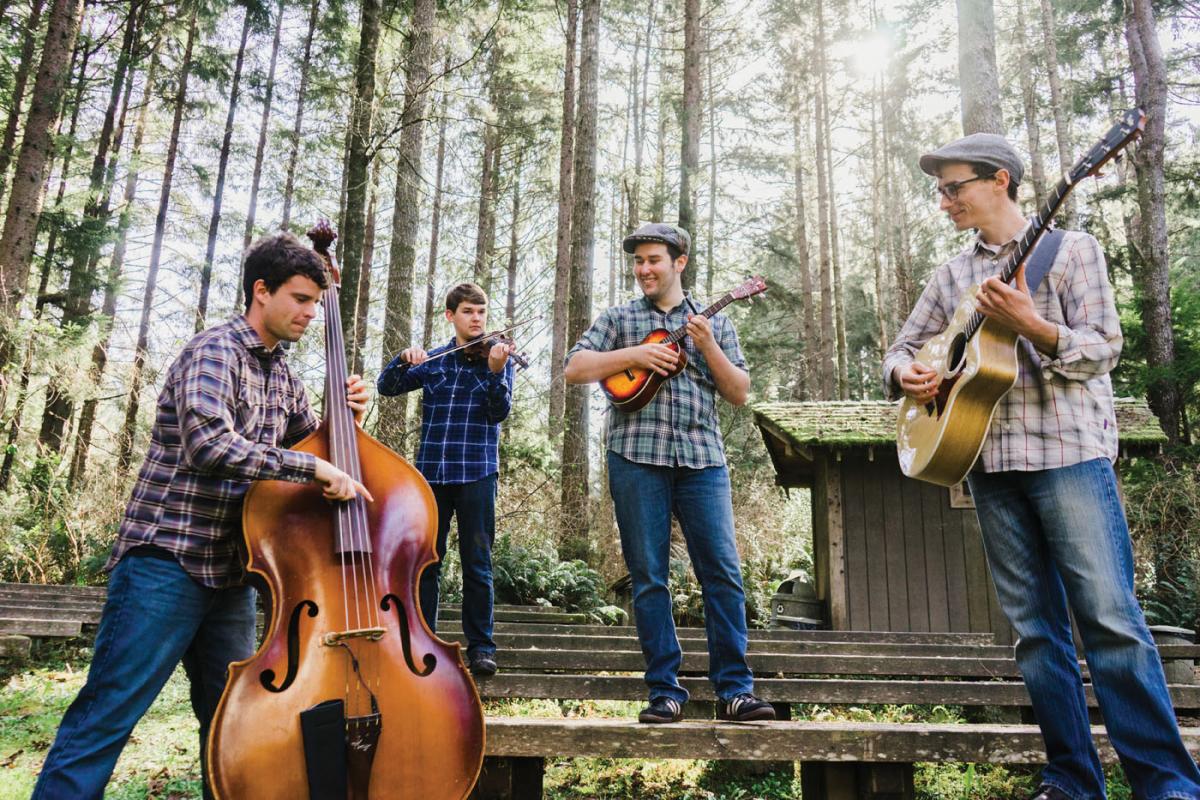 Dominic Romano and Evan Morden have been friends since childhood, performing at festivals, weddings, and on live radio throughout their formative years. This musical companionship continued across high school and college, and they took up professional performing in earnest. Their acts incorporated Dominic’s powerful original music, as well as Evan’s meaningful traditional songs and fiddle tunes.

Michael Dayvid entered the scene in 2015, working with Dominic at Bongo Boy Studio in McKinleyville to record a solo EP (Michael Dayvid, Tea & Secrets). Michael and Dominic immediately hit it off, having similar musical tastes and a shared love of songwriting and vocal arrangements. Over the next year, Michael performed with Dominic in various settings, and was soon introduced to Evan Morden.

In late 2016, Dominic, Michael, and Evan played their first gig together, and the sparks certainly did fly: there was an undeniable energy and joy that simply filled the room. After booking a few more performances, the untitled trio made their collaboration official. They spent several weeks using various placeholder names until they finally sat in a local café to craft a title that spoke to them: The Gatehouse Well.

The trio sprouted quickly in the Humboldt music scene. They played small venues and big festivals alike—Humboldt Folklife Festival, Summer Arts & Music Festival, July 4th Jamboree, Northcoast Scots’ Highland Games, and more. They soon earned a residency at Gallagher’s Irish Pub in Eureka, where they continue to perform every 2nd Thursday. Their unapologetically romantic lyrics also made The Gatehouse Well a perfect summer wedding band (and it didn’t hurt that they could pull out a cello and instantly transform into a string trio!).

They began their first album And The Sparks Did Fly at Bongo Boy Studio in early 2017. The album included many crowd favorites (‘Tidal Disguise,’ ‘Oh My Love,’ ‘Calliope House Set’), as well as some rarely-heard numbers (‘The Goodship Hope,’ ‘Maggie’). The record was produced and engineered by Dominic Romano.

During the studio process, Dominic invited Nate Zwerdling to record upright bass. Nate had worked with Dominic as a session musician on past studio projects, and The Gatehouse Well was delighted to have him as a special guest. The connection was natural, and Nate had an excellent rhythmic ear for working with the band’s style. He began to play with the trio at certain events and festivals, and the group realized Nate provided an essential magic. In October 2017, they released And The Sparks Did Fly, and announced Nate as an official member.

In 2019, after much hard work and time, The Gatehouse well officially released their 2nd full length album entitled Bring You Ashore