Formed in 2016, The Gatehouse Well is a Progressive Folk acoustic quartet comprised of members Dominic Romano, Michael Dayvid, Evan Morden, and Nate Zwerdling. Based out of northernmost California, The Gatehouse Well brings a mixture of compelling songwriting, traditional fiddle tunes, and tight musicianship for a uniquely fun experience. The have released two studio albums:  "And The Sparks Did Fly" (2017) and "Bring You Ashore" (2019).

The Gatehouse Well returns to the Fortuna Concert Series this February, bringing their unmistakable energy and musicianship to the stage. You can expect incredible songwriting, tight vocal harmonies and arrangements, and some of the best fiddle playing around from this not be missed act. 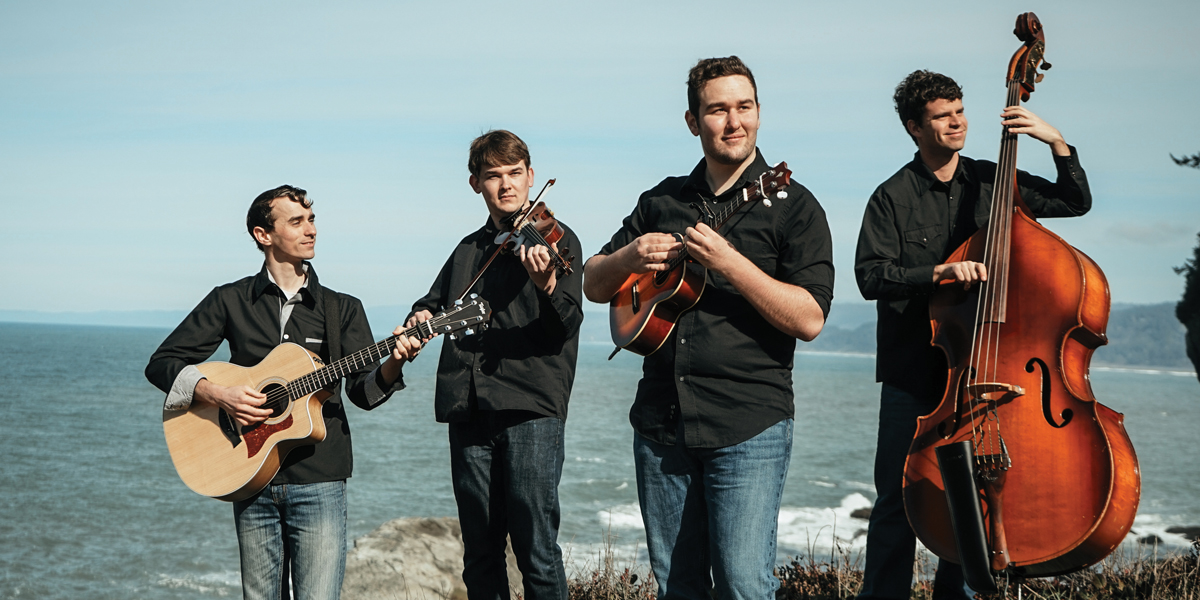